Dr. Robert Malone, the inventor of the mRNA and DNA vaccine core platform technology,1 has unintentionally become a public figure for speaking out about the risks and ineffectiveness of COVID-19 shots. He’s been deplatformed by LinkedIn and Twitter in the process, but that’s only the beginning.

Malone is now earning most of his income from continuing to speak out via Substack, functioning not only as a scientist but as a citizen reporter. “To shut me down is basically anticompetitive,” Malone said, speaking with WND in the video above.2

Yet, corporate media outlets are attempting to do just that, as they continue to publish defamatory hit pieces against Malone, as they have done to yours truly and many others who have shared information that’s not in line with the official narrative. Now Malone is fighting back, as he’s filed a $50 million lawsuit3 against The Washington Post (WaPo).4

If you’ve heard of Malone, it may be because his mention of the term “mass formation psychosis” on an episode of “The Joe Rogan Experience” December 31, 2021, which was viewed by more than 50 million people,5 went viral.

Those under the spell of mass formation psychosis obsessively focus on a failure of the normal world or a particular event or person who becomes the focus of the attention and can effectively control the masses.

Mass formation can occur in a society with feelings of social isolation and free-floating anxiety among a large number of people, and provides a coherent explanation of why so many people have fallen victim to the unbelievable lies and propaganda of the mainstream COVID-19 narrative.

Malone is also dedicated to speaking out because he wants to protect future generations. He’s concerned about the pandemic response’s effects on children, stating that public policies have had a particularly strong adverse effect on the young, and calling COVID-19 injection mandates “completely unjustified” for children.6 He also told WND:7

“I am of the opinion that a product that does not prevent infection, replication or spread of a pathogen to any substantial degree is not a vaccine.

And the fallback, of course, has been by the government that the genetic inoculations prevent severe disease and death, but unfortunately for all of us, the data are now showing internationally, and increasingly within the U.S., that the risk of severe disease or death is at a minimum equivalent between the unvaccinated and those who have received at least two inoculations.

And the data from most countries that are reporting this, like in Northern Europe, suggest the multiple inoculations — four or more injections, and even three injections to some extent — are associated with a higher risk of hospitalization and death.”

It doesn’t matter if what he’s saying is true; if it creates “vaccine hesitancy,” it will be censored. Toward that end, Malone has been targeted by the media and labeled an “anti-vaxxer,” which is ironic since he’s received COVID-19 shots.

Malone’s attorneys sent cease-and-desist letters to the corporate media outlets that were most egregious in their attacks against him. This included The Washington Post, The New York Times, Atlantic Monthly, Rolling Stone and The Scientist, which published an inflammatory article against Malone and his response when a physician from Maui alerted the Maryland state medical board that Malone was promoting “COVID-19 misinformation.”8

The reason he’s suing The Washington Post, in particular, is because after his attorneys sent the media outlet a cease-and-desist letter, it put out another attack article repeating the same defamatory statements. “So that appears to show malice,” Malone said, “and there’s a number of other aspects in the words that they’ve used that appear to meet the criteria for malice.”9

The Washington Post has continued to publish hit pieces against Malone, “accusing him of spreading ‘dangerous lies’ and ‘leading his followers on a journey to illness, suffering and possible death,'” WND noted, adding, “Significantly, Post staff writer Timothy Bella labeled as “misinformation” Malone’s statement that the vaccines ‘are not working,’ citing studies published by the CDC’s sponsored journal as a counterpoint.”10

Writing on Substack, Malone further explained that he had a gut feeling The Washington Post was up to no good when Bella first contacted him, asking to shadow him at the Defeat the Mandates rally in Washington, D.C., held in January 2022, where Malone was speaking:11

“Having been defamed and slandered by state-sponsored media before, I had learned enough about how these reporters approach their targets to politely turn down the offer to ‘profile’ me by a WaPo reported who has ‘respect for you and your body of work’ …

In retrospect, my gut instinct was right. I felt like I was being set up (I can’t get into the head or Mr. Bella and speak to his motives — maybe others can). Can you only imagine what would have been written and published IF I had agreed to have Mr. Bella shadow me — as he requested? Let my experience be a lesson to all concerned.”

Malone is seeking more than $50 million in damages for injury to his reputation (past and future), insult, pain and mental suffering, lost income, career damage and impairment of future earnings.12 The lawsuit alleges:13

“WaPo falsely accused Dr. Malone of fraud, disinformation, dishonesty, deception, lying to the American public, lack of integrity, immorality and ethical improprieties. The gist of the Article is that Dr. Malone is unfit to be a medical doctor and scientist. WaPo exposed Dr. Malone to public ridicule, scorn, and contempt, and severely prejudiced Dr. Malone in his employment.”

Malone told WND that he was also “ground into sausage” by The New York Times, after one of their reporters, who he welcomed to his farm for what he thought would be a good faith interview, published another attack piece. He now says he’s gotten to the point where he tells others who are speaking words that are not endorsed by the government or the current narrative to “just say no” if they’re approached by the media.14

Indeed, The New York Times has also published repeated hit pieces against me, making multiple blatantly false claims and labeling me a “superspreader” of misinformation. Twitter has banned anyone from sharing any link to my website, YouTube banned my account with over 15 years of content, while Facebook and Google have done everything possible to make me disappear.

It certainly would be much easier to cave under the pressure, but if we don’t stand up for our rights and freedom now — when will it be too late? I will continue ‘superspreading’ truth and health until my last days, and I suspect Malone will as well.

“The lesson learned by so many is that the likes of Business Insider, Atlantic Monthly, Rolling Stone, The New York Times, Washington Post, CNN,” Malone said, “these are media outlets which are paid by pharma and paid by the government … more and more is coming out … that the government has been actively promoting these forms of attack, cancelling and defamation.”15

Malone also spoke about the seeming paradox of the corporate-sponsored, narrative-aligned New York Times publishing an exposé in February 2022 that revealed the U.S. Centers for Disease Control and Prevention had been collecting data on COVID-19 hospitalizations according to age, race and injection status throughout the pandemic but didn’t release most of it to the public.16

Such data certainly would have been of interest to a large portion of the U.S. population, but according to CDC spokeswoman Kristen Nordlund, the CDC hadn’t released all of the data “because basically, at the end of the day, it’s not yet ready for prime time.”17 The Times reported, “Another reason is fear that the information might be misinterpreted, Ms. Nordlund said.”18

Malone said he believes that the CDC withholding evidence about COVID-19 shot safety is scientific fraud19 and, beyond that, the outcome of the Times exposé and other public criticism of the CDC may have been revealed by CDC director Dr. Rochelle Walensky’s recent calls for sweeping changes at the CDC.20 Among them, Malone says, is the establishment of a committee:21

“The outcome of all of this is that a committee has been established — you know what that means in D.C., it means that nobody has to take a hit for any bad decisions … responsibility is all diffused — to advise and provide oversite for operations at the CDC.”

Another outcome is to make the CDC less academic and give them more money and more power. “They need the power to extract data from the states,” Malone said, explaining:22

“Since the practice of medicine is not specifically mentioned in the Constitution as a federal mandate,” — the regulation of the practice of medicine is done at the state level — “she wants to basically circumvent the Constitution and be able to demand data from the states, because apparently they don’t have enough data at the CDC, even though there are multiple stories out that they haven’t analyzed and reported the data that they do have, and they need more money to hire more people in order to do this.

They need to refocus their workforce on rapid response rather than putting out academic papers. The whole thing, to me, reeks to high heaven.”

Turning an Attack Into a Badge of Honor

While being targeted by the media has ruined many reputations, it’s possible to turn the attack into a badge of honor. One way to do this is to not back down under these signs of oppression and continue to fight for the truth, no matter the cost. Malone’s lawsuit will not be the last that seeks to expose the true intentions behind the COVID spin.

And remember, in your own search for the truth — and in your journey to protect and maintain your health and that of your family — understand that the media intentionally uses Orwellian doublespeak, a weapon of tyranny in which words are twisted, reversing their meaning. 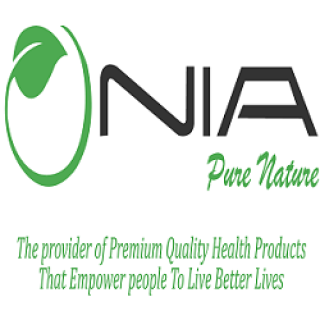